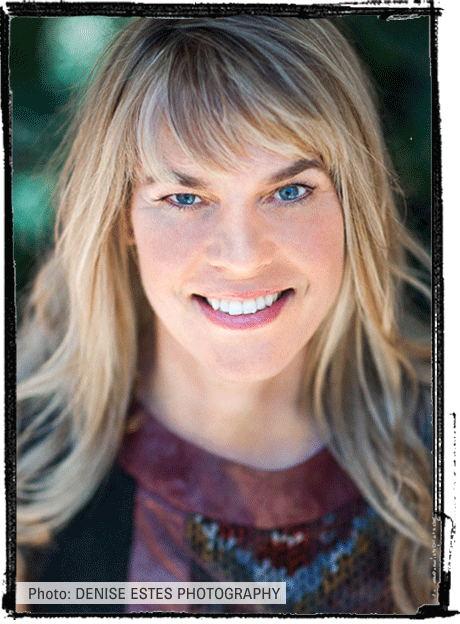 I was born in Boston, Massachusetts in the middle of a very hot summer, and was a colicky baby who kept my parents awake, night after night. My sister – who is a little bit younger — was much better behaved. Or so the family story goes.

When I was three, my father who is an artist took us all to Japan so that he could study Japanese painting. We lived in Kyoto, near a convent. My very first memory is of a group of nuns in kimonos walking across a courtyard, carrying paper umbrellas.

On the way back to Boston from Japan, our airplane stopped on an island in the middle of the Pacific Ocean. We got off to stretch our legs, and my parents decided not to get back on! So I grew up on that island, and most of the things that happened to me when I was a kid happened there.

A lot of the things were regular island things; they were the kinds of things that happen to the Fitzgerald-Trouts. I swam in the ocean and hiked barefoot in the mountains. I ate SPAM musubi for lunch and lots of shaved ice (with azuki beans and vanilla ice cream). When it rained, my sister and I sometimes played Sorry! but more often we went to the library or to the Laundromat (just like Kim, Kimo, Pippa, Toby, and Penny do). Like the kids, I went to a school that didn’t have many walls — birds flew back and forth through the classrooms. The school was so near the beach, that in addition to fire drills, we did tsunami drills.

Some not so regular things happened to me on that island too. Like the time I was chased by a wild boar in the hills behind a movie theater during the intermission. Yes, when I was a kid, movies had an intermission — and hills still had wild boars.

For the first few years on that island, we lived in a house on a mountain with giant toads in the backyard and a big mango tree in the front. Later we moved to a house a few blocks from the beach where we had three cats, six mice, two rabbits, a dog, and a crazy parakeet named Nadia Comaneci (after the girl gymnast who won the Montreal Olympics). I had a lot of hobbies at that time: swimming, playing softball, surfing. Collecting marbles and deer antlers and beach glass. Riding my bike and riding horses. Growing roses and baking cookies. Singing in a choir. Playing violin and piano (both very badly). But the thing I loved to do most of all was read books. I especially loved detective stories (I’m pretty sure I read every single Nancy Drew). One of the most wonderful things that happened to me at that time was winning a contest at a bookstore and getting a $100 gift certificate!

When I was fifteen, my mom, my sister, and I left the island and moved to Toronto where I saw snow for the very first time, and acquired a step-father and a step-brother and sister. In Toronto, which is next to Lake Ontario, I learned to sail on tall ships and to navigate using the stars.

After finishing high school, I went to college in Chicago (I studied biology) then to graduate school in California (I studied English). Can you tell that I was someone who liked to do a lot of different things and could never quite decide what I liked best?

When I was twenty-three, I moved back to Boston to teach reading and writing at a high school. My students were wonderful writers, and they challenged me to write all the same assignments that I gave to them. I took up the challenge, and started writing every day in a notebook. I loved it!

After a while, I decided I was a better writer than I was a teacher. So I began writing full time. I wrote poetry – often about my childhood on the island – and I wrote a novel with my mother who had also become a writer. Later I wrote for television shows because I discovered how fun it was to work with a group of writers and to spend the day making up stories together.

I had begun my life as a person who couldn’t decide what to do, and eventually I realized I liked being a writer because when you tell a story you can pretend to be anything! You don’t have to choose!

When I was thirty, I married a biology teacher I had met while teaching high school. He has since become a professor of marine biology, specializing in studying deep sea fishes, like the hagfish, who make an incredible slimy substance to keep predators away.

One summer while he was working at a lab off the coast of Maine (and I was writing) a dead minke whale washed ashore. We decided to put the whale skeleton back together and we spent several happy months on the project. The skeleton still hangs in the main building of the lab on Appledore Island.

My husband and I have lived all over the world, and we have a daughter, Gemma. She loves stories and she helped me a lot with LOOK OUT FOR THE FITZGERALD-TROUTS. She has never met the Fitzgerald-Trout children, but she had very particular thoughts about how the book should be written. Mostly she tried to help me make all the jokes in the book a little bit funnier.

Here is a picture of Gemma when she was three and got her hands into a bucket of hagfish slime. 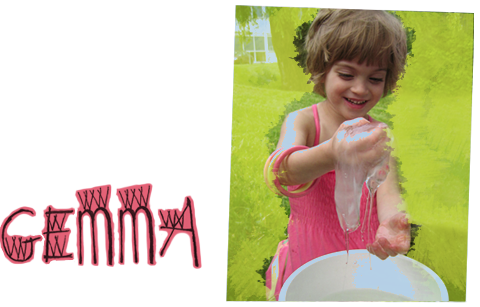 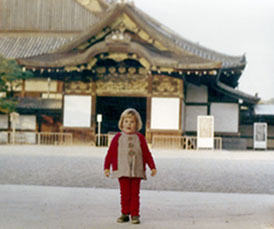 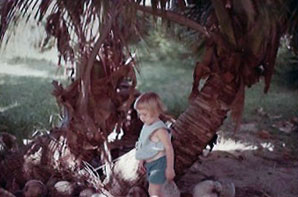 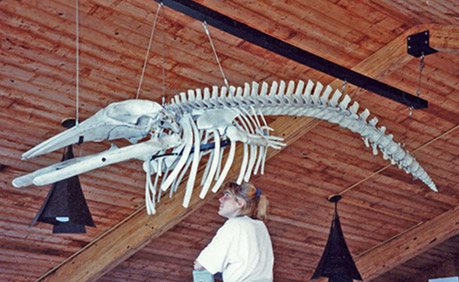